Jo Ann C. Dalisay is a Canadian pianist, composer and music educator. She received her Bachelor’s Degree in Music Performance from Mount Allison University and her Master’s Degree in Music Performance from the University of Victoria. Her principal teachers were Vladimir Levtov, Patricia Grant Lewis Elliott, Sofia Moshevich and Arthur Rowe. In addition, she has performed in masterclasses taught by renowned artists including James Anagnoson, Leslie Kinton, Donald Currier, Kathleen Supove, Robert Levin and Karl Ulrich Schnabel.
Jo Ann has performed across the country. She has championed and premiered the works of several new Canadian composers. Jo Ann has also collaborated with the Alma de Espana Flamenco Company in concerts combining Classical Spanish repertoire and traditional Flamenco music and dance.
Jo Ann’s compositions have been performed in venues as varied as the Royal Theatre and Hermann’s Jazz Club in Victoria, BC. Her compositions, “Fantasia En Cinco” and “Prelude to a Rodena” were used in Alma de Espana Flamenco Company’s production, PASAJES. This project brought her to Jerez de la Frontera, Spain; considered the birthplace of Flamenco.
Jo Ann has taught since 1983 in Newfoundland, New Brunswick, Ontario and British Columbia. She received her preschool music training from Kindermusik International. She was on faculty at University Settlement Music and Arts School in Toronto. She was also a teaching assistant at the Royal Conservatory of Music in Toronto and the University of Victoria.
Jo Ann is a member of the Greater Victoria Performing Arts Festival and the BC Registered Music Teachers’ Association. She has been a national adjudicator for the Canadian Federation Music Teachers’ Association. She currently resides in Victoria, BC with her husband and two daughters. 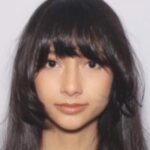 Malia is 19 years old and started her piano studies with Jo Ann C. Dalisay when she was 3. She was a regular participant at Celesta Piano Studio composition workshops, performance masterclasses and recitals. She has performed at BC Registered Music Teachers’ Association student recitals as well as the Greater Victoria Performing Arts Festival.
Malia has volunteered her time and talent to perform at senior home and hospital recitals as well as fundraising events.
Malia plays the viola and oboe and has been part of her middle school and high school string orchestras and concert bands.
Malia has received awards from the BCRMTA and GVPAF including a 1st place prize at the Murray Adaskin Composition Competition. Malia was also the recipient of the Madeleine Till Student Teacher Award from the BCRMTA in 2021.
Malia has studied music theory with Crystal Wiksyk at the Victoria Conservatory of Music. She has also played in masterclass for renowned pianist, Arthur Rowe.
Malia completed her RCM Grade 10 Piano Exam (Pass with Honours) as well as her RCM Grade 10 Music Theory and History Exam (Pass with Honours).
Malia teaches beginner piano and music theory students. Her students have taken official RCM piano and music theory examinations receiving First Class Honours and First Class Honours with Distinction. Malia became a member of the BCRMTA Student Teacher Auxiliary in 2020..